The new ryzen lineup from AMD has a very high performance to price ratio and this makes it superior over intel’s core lineup CPUs. But a Ryzen Hackintosh isn’t common because any of the AMD’s processors are not natively supported by macOS making it difficult to install. I also prefer Intel over AMD but with these ryzen CPUs, it is different. In this build guide, we will build Hackintosh based on ryzen 3 processor. This build will be similar in performance to the apple’s 21.5inch 4k 2017 iMac which costs $1299.

As mentioned above in this build we will use the ryzen 3 2200g which is the new raven ridge CPU from AMD. These new raven ridge CPUs are more power efficient and have a high price to performance ratio. But the most interesting part is that this ryzen 3 APU comes with the vega 8 iGPU. It is not a very fast GPU but when compared to any Intel IGPU it knocks it out however it is of no use in hackintosh because it is not supported until someone makes a kext or find alternative patch for it. Another surprising feature you get is that this processor is unlocked means you can overclock it with a supported motherboard and a good cooler. For the same feature in intel you have to opt an ‘k’ series processor which is very costly but with ryzen, you get it under $100.

See also: How to install macOS mojave on PC

For this build we will be using the Gigabyte GA-AB350M gaming 3 motherboard, the cost of this motherboard is $79 in Amazon. There is also many AM4 (AMD Ryzen Socket) motherboard in the market available at a cheap price but you won’t get the features it provides, I would say I am building a PC and my budget is tight I will simply cut the price of CPU and buy a good motherboard. This motherboard comes with updated bios so there will be no hassle of updating the bios by booting with an older processor. This motherboard offers the overclocking feature so you can unlock the full potential of your AMD APU as well as of the ram.

In this build, we will use the G.SKILL 2x4GB Ripjaws V Series DDR4 PC4- 3200MHz memory. This G.SKILL Ripjaws V Series ram is an excellent choice. Ram is very costly and also very essential. 8gb ram fine for daily use and for most of the work. However you can get 8Gb ram for less price than this but it will run in single channel mode and will operate at half of its speed, with dual channel ram you get your ram running in full 3200Mhz. If you want you can also overclock the ram to increase its performance by using the default overclocking feature of the GA-AB350M gaming 3 motherboard without any hassle.

As I mentioned above that the Vega iGPU inside the ryzen chip is not supported in Hackintosh, so we will require a dedicated graphics card. Here I am choosing the Gigabyte GV-RX560OC 4GB graphics card. I could have chosen Nvidia gtx1050 ti which is a few dollars more and also offers 20% more performance than this card but Nvidia graphics card are known to cause performance problems when tied with this AMD CPUs. I also recommend this card because this works out of the box without requiring any individual patch for it.

The Thermaltake Smart 700W PSU is the only one you need. At just $49 It is cheap than any other good Power supply in the market. In the future, if you ever want or need to install a graphics card there will be no need to upgrade the power supply. 700W power is just enough for most of the graphics card and CPU.

Instead of an SSD, I could have chosen an HDD because it offers higher storage capacity at a low price but its speed is trebly slow. Even a 7200rpm hard drive is 5x slower than a low-grade SATA SSD and on SSD Hackintosh takes around 2x times to load than windows and on a hard drive it becomes 4x (based on my personal experience).

Here we will use the SanDisk SSD plus 240Gb is one of the most affordable and high performing SSD available. It not a very high SSD out there but for this cheap, you will get no better than this. As per the specs listed in the SanDisk website, it stats that the sequential write speed is up to 440mbps which is not very great but at the time you have to look at the price but it is very high than an HDD. However, if you really want a better SSD I would recommend the Samsung 850 pro, it provides blazing speed and is not overpriced. 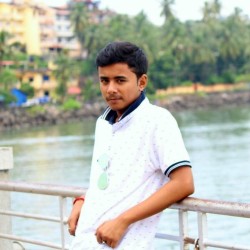 Latest posts by Manash (see all)

This site uses Akismet to reduce spam. Learn how your comment data is processed.